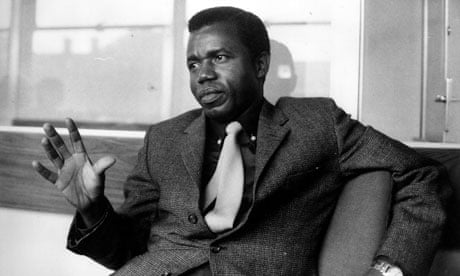 “Chinua Achebe’s postcolonial classic Things Fall Apart is one of the books that Oberlin College has recommended faculty teach with a trigger warning.” Photograph: Michael Neal

“Trigger Warning: this piece discusses trigger warnings. It may also look askance at college students who are now asking that trigger warnings be applied to their course materials.

If you’ve spent time on feminist blogs lately or in the social-justice-oriented corner of Tumblr, you have likely come across the Trigger Warning (TW): a note to readers that the material following the warning may trigger a post-traumatic stress reaction. In the early days of feminist blogging, trigger warnings were generally about sexual assault, and posted with the understanding that lots of women are sexual assault survivors, lots of women read feminist blogs, and graphic descriptions of rape might lead to panic attacks or other reactions that will really ruin someone’s day. Easy enough to give readers a little heads up – a trigger warning – so that they can decide to avoid that material if they know that discussion of rape triggers debilitating reactions.

It is true that everything on the above list might trigger a PTSD response in someone. The trouble with PTSD, though, is that its triggers are often unpredictable and individually specific – a certain smell, a particular song, being touched in that one way. It’s impossible to account for all of them, because triggers are by their nature not particularly rational or universally foreseeable. Some are more common than others, though, which is why it seems reasonable enough for explicitly feminist spaces to include trigger warnings for things like assault and eating disorders.”