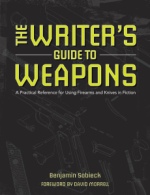 “1. Switchblades Are Out, Assisted Opening Knives Are In
Switchblades (aka “automatic knives”) are still around, but they’ve grown gray hair and moved to Florida. How stereotypical.

Since the mid-’90s, there’s a new whippersnapper on the block with all the benefits of switchblades and few of the legal restrictions. It’s called an assisted opening knife (demonstrated in the GIF above), and to the eye it looks like a switchblade. It even sounds like a switchblade when it opens with a distinct “pop.” But legally, it is not a switchblade. That’s why they’re so popular.

If you want to bust a tired trope and look sharp in a story, insert an assisted opener whenever you get the itch to write in a switchblade. And if you still feel itchy, I recommend getting that thing checked out.

2. Switchblades Aren’t the Fastest-Opening Knives
Since we’re on the topic, there’s a type of knife that opens faster than a switchblade. Care to take a stab at a guess? I’ll give you a hint: There’s probably one in your kitchen right now.

Fixed blade knives (meaning the blade doesn’t move) will always open faster than switchblades. That’s because their blades are always open. They must be removed from their sheaths first, if those are present, but it’s a horse apiece given the time it takes to draw a switchblade out of a pocket.

In fact, fixed blade knives beat switchblades any day of the week. They’re more durable, legal in more places, easier to use, and available in a variety of styles to match your characters. Those classic Italian stilettos are glorified letter openers by comparison.

To that end, this cheeky scene from Crocodile Dundee is actually on the mark. Bet you didn’t think you’d be pulling a writing tip from that cheese ball.

3. Not All Handguns Have Safeties or External Hammers That Need to be Cocked
This still makes more sense than a character cocking the hammer on a Glock. Fun fact: The creator of this prototype died shortly after testing commenced. OK, I made that up. But the Glock part is true. (Image via Shutterstock.)

Apparently, shoving a pistol in another character’s face is just too subtle to get the point across. It takes flipping a safety off and/or cocking a hammer to hit the character over the head figuratively before shooting him in the head literally.

While some handguns do indeed sport flipable safeties and external hammers, not all do. And when writers generically refer to any modern pistol as a “Glock,” things get sticky. Glocks don’t use safeties that flip off or external hammers.

Unless you’re positive of a handgun’s specific features, avoid these cliches like the Plague. (Yes, I know that’s a cliche.) It’s safer and easier to write, “Biff shot Maynard in the face with a pistol,” than “Biff cocked the hammer on the pistol and shot Maynard.”

P.S. Glock pistols actually have three safeties, but none of them switch off and only one is visible on the outside. The latter is a tab that sits inside the trigger, which means that in order to deactivate it the shooter just pulls the trigger. *head explodes*

4. Knife Blades Are Morons
Of course, if the person holding the knife is equally moronic, it only takes one character for everyone in the fight scene to get cut. Notice the way this dunce is not only holding the blade edge toward him, he’s running a finger over it, too. Oh, Shutterstock, you never fail to impress. (Image via Shutterstock.)

When characters duke it out with one or more knives, anticipate all participants will get cut.

Knife blades are morons. That cutting edge doesn’t know up from down, so it’s going to indiscriminately cut protagonists and antagonists alike in an intense encounter. There’s this idea in fiction, however, that the knife’s most severe injuries are exclusive to a particular character locked in a life-or-death grappling session.

This can be necessary for the plot, but think of knives in fight scenes like glitter. Their impact will be felt by everyone in close proximity, although cleaning up after a knife fight is still probably easier than glitter.

5. It’s Easy to Accidentally Turn a Hero Character into a Murderer
Yes, this same concept applies if your character uses a banana for a gun. The law is blind, or at least has a paper bag over its head. (Image via Shutterstock.)

A dramatic climax to a story might involve the protagonist “finishing off” an antagonist begging for mercy after a drawn-out fight. Or one character might act in self-defense, then chase down the lowlifes to exact lethal revenge.

Both of these scenarios are relatively common in fiction. Despite their noble intentions, both depict murder. The hero is now the villain, at least in the eyes of the law.

That’s because self-defense laws, generally speaking, are written to address disparity of force. Deadly force can only be justified if it evens the odds to prevent loss of life (or other conditions as determined by state laws). Someone begging for mercy isn’t posing a threat. Neither are the lowlifes running away.

That the bad guys “started it” doesn’t matter. What does is whether a threat is present. If it’s not, one more pull of the trigger, one more punch, one more stab, or one more brutal banana bludgeoning isn’t self-defense anymore. It’s murder. And that might not match your intentions for the character.” 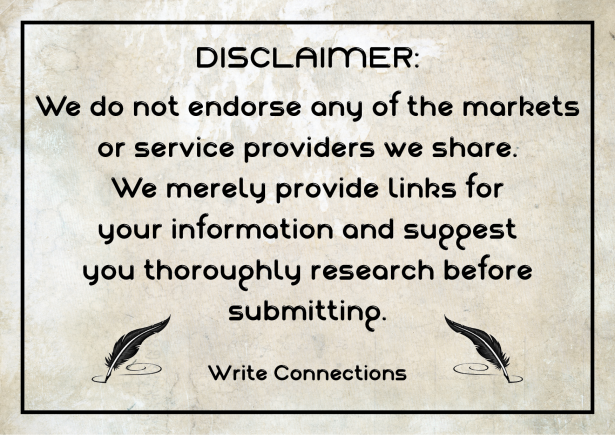